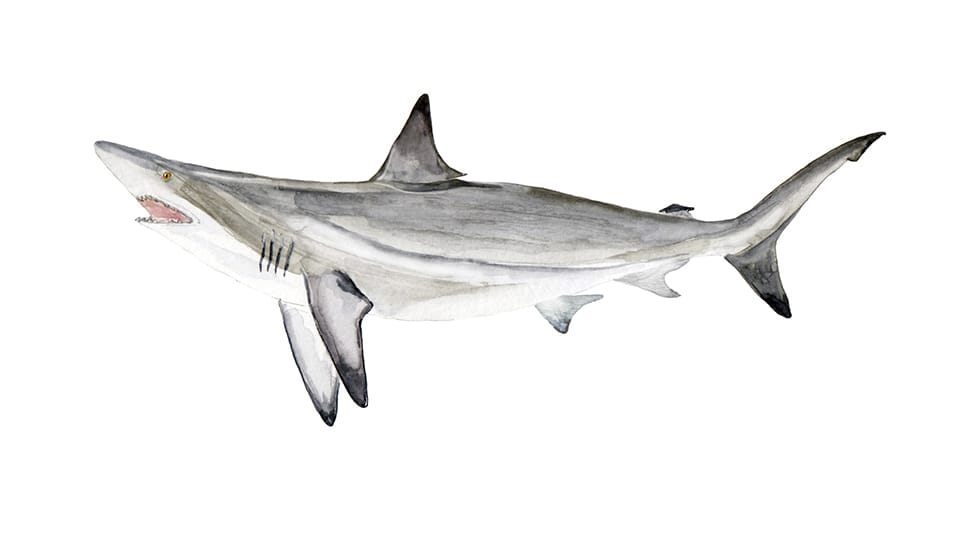 One of the smaller sharks off the coast of Hilton Head Island, Blacktips are often a “gateway” shark for anglers looking to transition into heavier game. Blacktip sharks can be found in both nearshore and offshore waters.

Blacktip sharks are most abundant nearshore from April through September, when there is less rainfall and salinity (amount of salt in the water) is highest. They can be found offshore, where salinity is less affected by rainfall, year-round.

Most people consider Blacktip sharks to be catch-and-release game. However, they are edible, and South Carolina allows you to keep one Blacktip per vessel per day. We generally don’t recommend this. Most anglers don’t know how to properly process the meat before it spoils.

Where to Find Blacktip Sharks

Blacktip sharks can be found near the surface of both inshore and offshore waters, wherever they hunt for Shrimp, mackerel and other common prey.

How to Catch Blacktip Sharks

Bait: Appeal to the Blacktip’s keen sense of smell with oily, smelly fish, such as mackerel (which you will want to catch fresh).

Approach: The easiest way to attract Blacktip sharks is by first chumming - throwing fish parts, or “chum,” into the water. A small amount is often all you need inshore. Offshore, where they are more spread out, it takes more chum to draw them in.

Tackle: You can catch Blacktip sharks with relatively light tackle, compared with heavy-duty gear needed for larger sharks. A size 8000 spinning reel and 7- or 8-ft. rod is sufficient. For Blacktip shark fishing your best bet is to set multiple rods.

If desired, you can keep up to one Blacktip shark per vessel per day, maximum 54 inches (4.5 feet) in fork length (from the tip of the snout to the fork of the tail).